Last Saturday Waiheke marked Anzac Day without being able to gather together as usual at the RSA’s war memorial. But in typical inventive style, the island found plenty of ways to make the day special.

Gulf News readers and photographers Erin Johnson, Liza Hamilton, Merrie Hewetson and Sophie Boladeras were on hand to record the day for posterity.

Liz Greenslade wove nikau fronds and used egg cartons and paint to create her Anzac Day tribute. “I’ve attended every Anzac day service for years and have worked on some major war projects. Because I’m unable to acknowledge Anzac Day as I usually would, I really wanted to do this.” Liz laid the fronds along the walkway down to the beach near her home in Onetangi for others to enjoy. 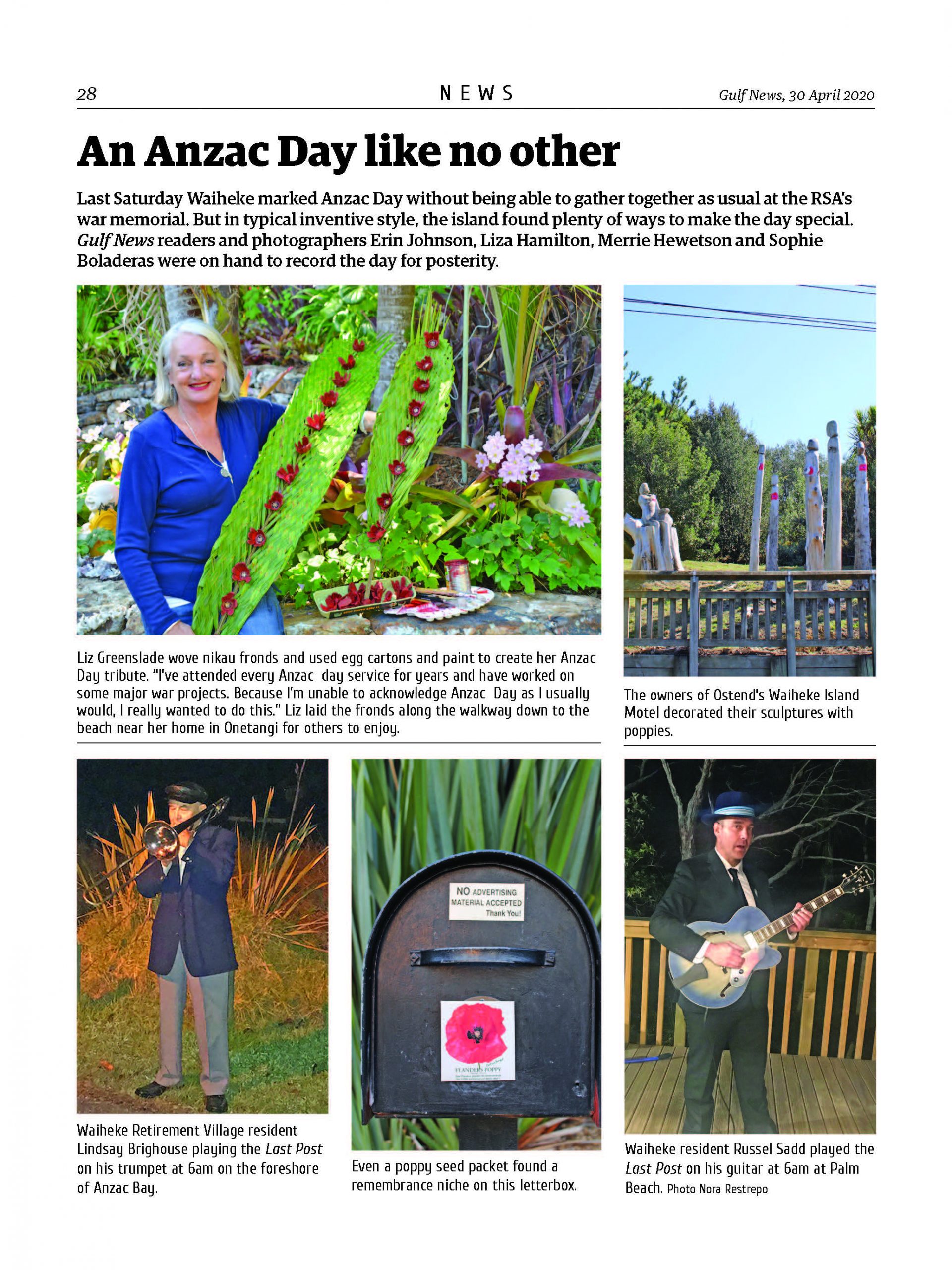